Capoeira is the heritage of the brazilian slaves fighting for their freedom, traditional and futuristic martial art at the same time. 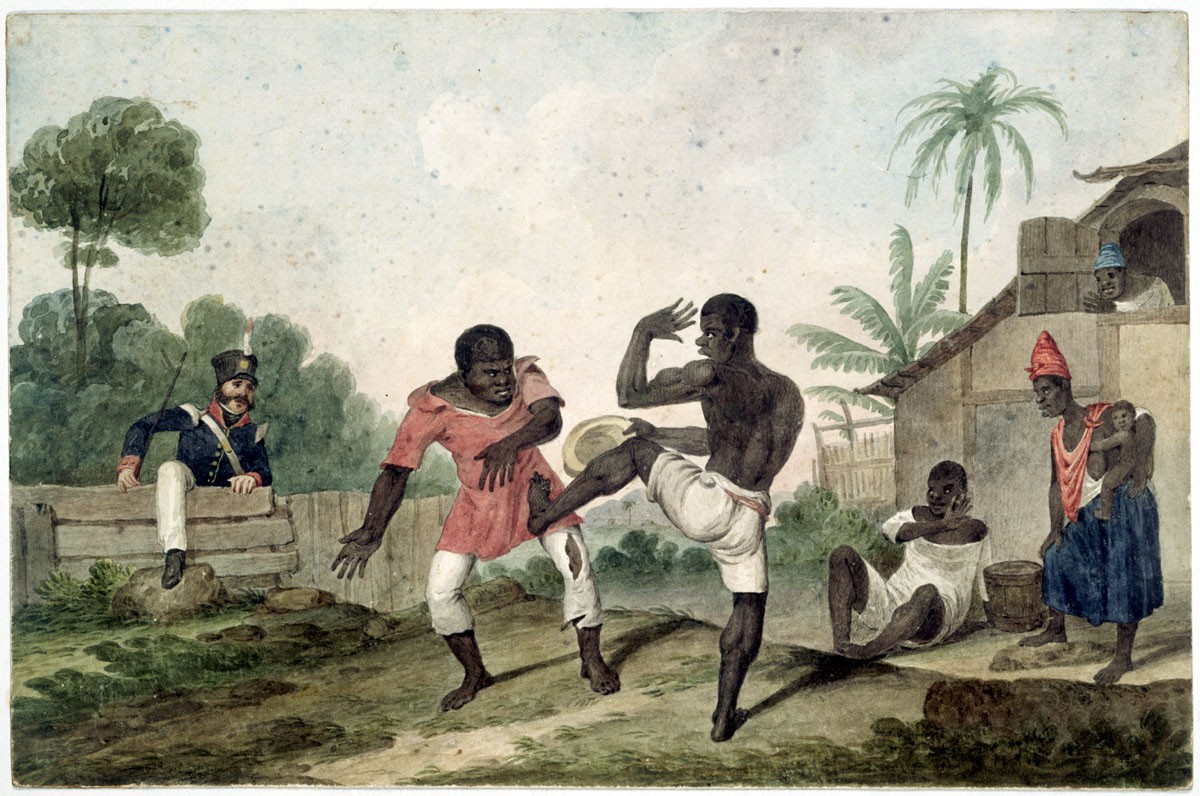 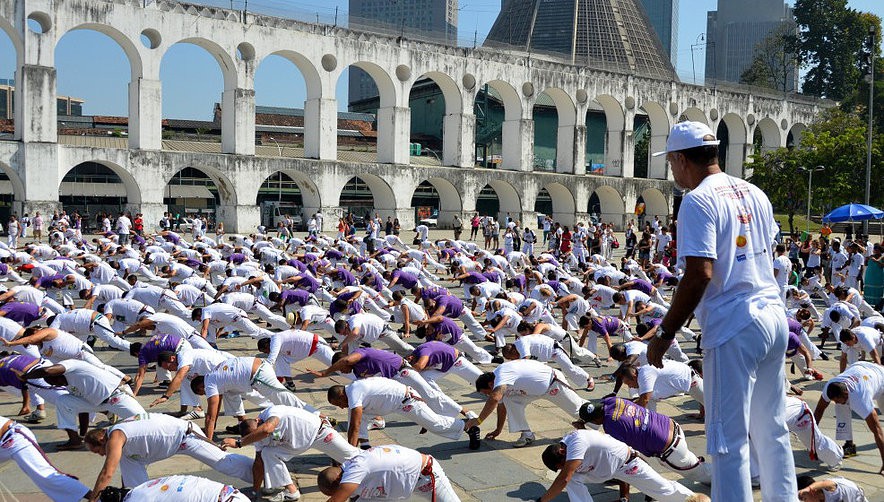 Capoeira is a martial art in which participants prove their ability and knowledge with kicks, head blows, leg swipes,  takedowns, sometimes deceptions and crafty traps. All this is surrounded by the tribal instruments’ rythm, sometimes slowly, sometimes at high speed.

Capoeira’s roots are in Africa, from where Portuguese colonizers brought millions of black slaves into Brazil to work on sugar cane plantations in the 16th century. The slaves did not accept oppression, they ran away from the plantations and established secret cities in the depths of the jungle and allied with the indigenous inhabitants. They resisted Portuguese attacks until the end of the 17th century. In this struggle they demonstrated not only their combat capabilities, but also their organizational skills and strategic thinking. The quilombos - their secret cities - operated as complete mini-states with economy, commerce and infrastructure.

By the end of the 17th century  they finally lost their territories due to the Portuguese overpower and were returned to the plantations. Their self-defense techniques were disguised as harmless tribal dancing for the deception of the Portuguese because they were prohibited to practice, obviously. They could pass the secret weapon called Capoeira to the younger generations in front of their oppressers’ eyes.

Due to its effectiveness, even after the slavery was abolished, outlaws, criminals, notorious fighters and even high-rank political leaders knew the banned techniques. At those times, those who turned out to be capoeiristas were jailed and capoeira was considered as the sport of the poor and was associated to crime.

One day, however, came Mestre Bimba, who was both a legendary warrior and a wise teacher who taught capoeira techniques in a pedagogical method. He taught in a gym instead of the old way to learn, getting experiance on the streets. This way capoeira got soon accepted in higher social classes and finally way legalized in 1940.

Since the 1980s capoeira has widespread throughout the world.

The ABADÁ-Capoeira group was created by Mestre Camisa, student of the legendary Mestre Bimba in 1988, in Rio de Janeiro. The goal was to create a new form of capoeira fusing two major trends, the Regional -created by Mestre Bimba- and Angola that cultivates the older traditions of capoeira . The essence of this philosophy is to respect traditions, in the meanwhile to strive constantly for renewal and development.

Today the group has become the world's largest capoeira organization with more than 50,000 members present on all five continents, more than hundred countries.

ABADÁ-Capoeira has been in Hungary since 2008 in Budapest, Székesfehérvár, Veszprém and Siófok.

under construction- come back later!

The first training is for free

If you're interested in capoeira and you have questions, give us a call or send a message!

Send us a message!